City Farm School is an urban gardening and farming school located on Concordia University’s Loyola Campus.  In 2012, I began creating their edible forest garden.  This project emerged out of a workshop that I gave for City Farm School Students. Working alongside Marcus Lobb and Jackie Martin, city farm school coordinators, the project has grown over the past few years, taking on two new phases in addition to maintaining and improving the prior work.

An edible forest garden is a garden planted with a large diversity of useful, perennial plants (which grow back every year) that mimics the structure and functioning of a real forest. The plants include fruit trees, berries, nuts, herbs, medicinals, plants for fiber.  There are also plants that help take care of the whole system by fertilizing, mulching, attracting beneficial insects and more. Produce from the edible forest garden is already being sold at the City Farm School market. It will become more and more productive with each year as the system matures. 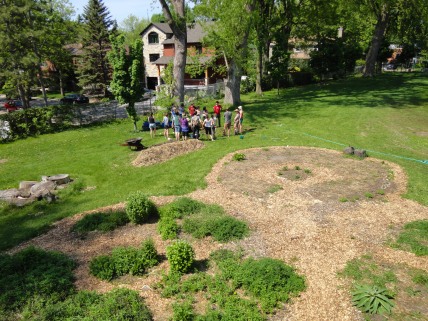 Spring 2012 prior to planting the first phase. 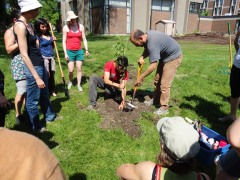 Trellised black raspberries were planted in the second phase.

2014 produced an abundance of grapes.

Sharing some with the wildlife. 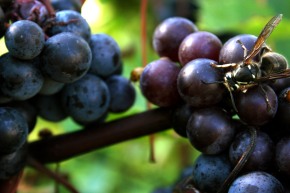 The first phase, in the third year is really starting to fill in.

Quinoa and amaranth is used as a green manure crop. 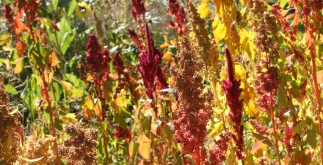 These seaberries, which were part of phase 3 of the garden, are already ready to eat after only a few months. 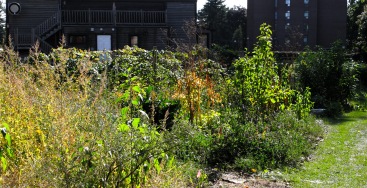 On the right are pears from the 2nd phase. Lovage, a wonderful perennial vegetable used like leeks and celery, is growing in the centre. 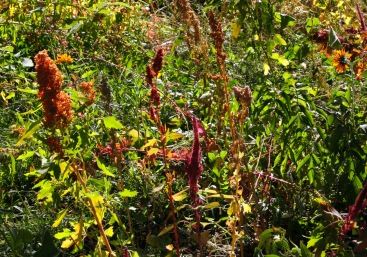 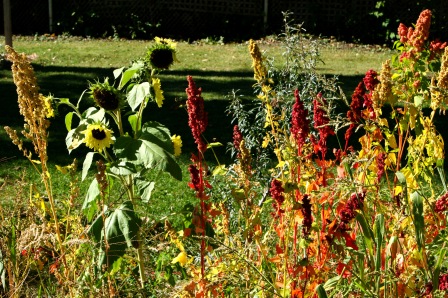